Published on December 20, 2010 under Media Clips 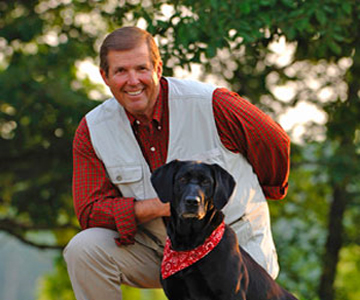 As an avid hunter and outdoorsman, I want to discuss an aspect of hunting that I think is often overlooked by hunters and nonhunters — the economic impact of hunting seasons. Frankly, very few of us consider the benefits that we all get from the annual sale of licenses, tags and stamps to hunters. Last year it was more than $25 million in Minnesota.

In 1937, urged by the nation’s hunters, Congress passed the Pittman Robertson Act, which is a federal excise tax on guns, ammunition and other hunting equipment. Last year this fund contributed more than $12 million to wildlife restoration programs in Minnesota.

Historically, hunters are and have been the main source of money that supports our nation’s wildlife management programs. From federal excise tax dollars to revenue from Minnesota hunting licenses, tags and stamps, hunters and shooters contribute hundreds of millions of dollars for conservation programs that benefit many wildlife species, including nongame species.

When a group like Pheasants Forever, Ducks Unlimited or the Minnesota Deer Hunters Association raises money to protect or improve habitat for their chosen wildlife species, keep in mind that same habitat project also benefits many other species of animals and plants. In other words, we all — not just hunters — have more to enjoy in the outdoors.

In addition to required licenses and such, hunters also spend money in other ways that aid local economies. When I go hunting, I stay at local motels, eat at local restaurants and stop at local gas stations.

Hunters statewide do the same thing, and many towns have found that hunting season brings in considerable revenue.

This revenue supports more than 14,400 jobs in Minnesota and provides $63.8 million in state and local taxes. The overall ripple effect on Minnesota’s economy is $1.47 billion!

The fact is our nation’s abundant wildlife is the direct result of hunter dollars used to fund conservation programs. I am proud to play a part in this conservation model as well as in Minnesota’s long heritage of hunting. This is why I became the co-chair of Hunting Works for Minnesota, so that I could help tell this important story about the positive economic impact that hunting brings to our state.

This fall, when you see folks wearing blaze orange, tell ’em thanks.

This is the opinion of Ron Schara, host of “Minnesota Bound” on television as well as a weekly co-host of “Live Outdoors” heard on the radio. Schara also has been a co-chair of Hunting Works for Minnesota since its launch in October of 2010.