Bemidji is destination for hunters who head to northern Minnesota

Published on November 17, 2010 under Media Clips 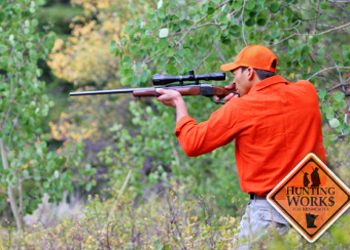 Anyone visiting a local business the past two weekends could not have missed the blaze orange clad men and women who were doing likewise.

Bemidji is a destination for the hunters who head to northern Minnesota and the economic impact of the seasonal visitors, and the hunters who live in the Bemidji area, cannot be dismissed.

“Nearly half of my annual business is related to hunting and shooting sales, including bullets, targets, guns, bows and arrows,” said Mark Cook who owns Bluewater Outdoors.

“When you consider that hunting is about a two-month season, that impact is huge.”

Bluewater Outdoors is one of countless Bemidji area businesses which benefit from hunting.

“Northern Minnesota has the amenities to support hunting and any time you can enhance hunting and the related tourism, it (translates) into more money circulating through our economy,” said Bemidji Area Chamber of Commerce president Lori Paris.

“Our restaurants, hotels, grocery stores, sporting goods stores and many other businesses all benefit from hunting.”

A newly formed group consisting of local and regional leaders representing Minnesota sporting organizations, small businesses and retailers understands the impact hunting has on the state’s economy. Preserving that impact was the impetus of the group in forming the “Hunting Works For Minnesota (HWFM)” partnership.

Preserving and enhancing the local economic impact prompted the Bemidji Area Chamber of Commerce to endorse the group.

“Hunting Works For Minnesota helps advocate and promote the hunting industry and, in turn, that helps Bemidji’s economy,” Paris said. “And that is why we have endorsed it.”

“We are a joint venture of board members, chamber of commerces and others to show the economics and values of hunting,” said Brian Steinhoff of the Minnesota Retailers Association and HWFM co-chair. “Hunting in Minnesota creates 14,000 jobs each year and hunters spend over $480 million on lodging, food, gas and gear while paying over $63.8 million in state taxes.

“When you look at it in real dollars, hunting is very significant to Minnesota (businesses).”

“Hunters buy gear from local sporting goods retailers and parts of those proceeds go to fund wildlife in our state through the Pittman Robertson Act which is the key funding driver for conservation projects statewide and raises millions of dollars that end up in Minnesota.”

The message that HWFM officials are spreading is not news to anyone who was in the deer stand the past two weekends. But, in order to preserve the experiences sportsmen have shared at deer camp, the pheasant field, grouse woods and duck blind, the message has to be delivered to those who control the purse strings.

As executive director of the Minnesota Deer Hunters Association Mark Johnson spends much of his time in St. Paul addressing and listening to the legislators. And he finds that many of them have little in common with the customer at Bluewater Outdoors.

“During my time at the Legislature I am finding that each year more and more of the legislators are not hunters, or worse, have no connection to hunting,” Johnson said. “I am finding a real disconnect with the legislators and rural communities and that is unfortunate because the benefits of hunting in rural areas spread to all areas of Minnesota and not just part of it.

“A legislator once told me that if he heard from six or seven constituents about an issue, it was a landslide. We have to get the word out about hunting,” Johnson added.

Most business owners share Cook’s appreciation for hunters and hunting and understand the impact the sport can have on a community. Schara, however, would like to see sportsmen become more proactive in promoting their activity.

“I know there are anti-hunters out there, and when I stay at a hotel, I always make it a point to let the hotel owner know why I am there – to hunt pheasants,” Schara said. “I let them know that I love to hunt and that is why I am staying at their place.”

Businesses, organizations and individuals who want to spread the message that hunting helps run Minnesota’s economy are invited to contact HWFM officials.

“Minnesota has been fortunate to maintain the number of hunters, but the anti-hunters are ramping things up,” Johnson said. “In Minnesota there has been opposition to dove, crane and bear hunting, and if we don’t stay on the alert, our hunting heritage will decrease.”

“Hunting is a year-round pursuit and the economic benefits are huge,” Cook said. “Without hunting I might as well close my doors. It is a huge part of the outdoor business and because of hunting the gas stations, motels, outdoor stores, every retailer, is better off.”