Published on November 1, 2010 under Media Clips 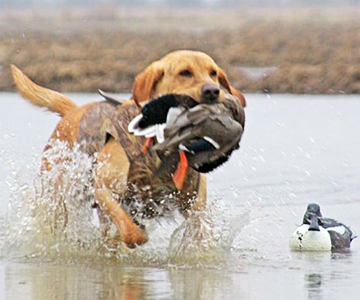 Called Hunting Works for Minnesota, the organization was formed to advocate for public policy that supports the sport and convey the economic impact that it brings to the state.

Hunting supports more than 14,000 jobs in Minnesota and generates $365 million annually in salaries and wages, according to a new group that touts the economic impact of the sport.

Called Hunting Works for Minnesota (HWFM), the organization’s self-proclaimed mission is to advocate for public policy that supports jobs and economic prosperity and that helps “tell the story of the role hunting and shooting sports play in both the heritage and economic health of Minnesota.”

The organization said that hunting in Minnesota has a “ripple effect” of $1.47 billion. Each year, hunters themselves spend $482 million and generate $64 million in taxes for the State of Minnesota—enough to pay 1,600 teacher salaries or fund the annual education expenses for 7,500 students in the state, according to HWFM.

The organization is a collaboration between a variety of Minnesota businesses—sporting retailers both big and small; restaurant owners; hotel, motel, and resort operators; gas stations and convenience stores; hunting and shooting organizations; chambers of commerce; and taxpayers who benefit from the industry. The group says that 597,000 people hunt in Minnesota each year.

“The HWFM partners have an important message to share with Minnesotans about the economic benefits of a strong hunting community,” Johnson said in a statement. “Hunting specifically supports thousands of jobs, both rural and urban, across the state of Minnesota. Our goal is to unite stakeholders all over the state so that our voice will be unified and our message will be amplified.”

HWFM got some initial backing from the National Shooting Sports Foundation, a trade association for the firearms industry that’s based in Newtown, Connecticut.