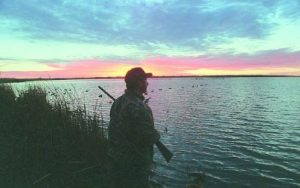 When Minnesota’s waterfowl season opens Saturday, something will be missing: hunters.

This while the overall number of licensed hunters in the state has stayed fairly constant at around 560,000.

Officials point to myriad reasons, including a lack of ducks, aging Baby Boomers, urbanization, time and access constraints and the simple fact that hunting ducks can be more difficult and expensive than hunting other species.

And there’s also no easy fix.

The trend is disturbing, wildlife officials and conservation groups say, for the future of waterfowl and waterfowl habitat. Because duck hunters, through license and stamp fees and an excise tax on hunting equipment and ammunition, have paid for a large amount of wildlife habitat in the state. Also, waterfowl hunters wield political influence, evidenced by passage in 2008 of the Clean Water, Land and Legacy Amendment.

“Fewer duck hunters means less money for habitat work,” said Steve Cordts, DNR waterfowl specialist. “But to me it’s the loss of support for wildlife conservation that is more concerning.”

The DNR is surveying former duck hunters to learn why they quit. Results are expected later this winter or next spring. But for now, here are the leading theories:

But hunters have complained for years of a lack of ducks and declining quality and quantity of habitat. And traditionally, hunter numbers rise and fall with wildlife populations.

While Simon says the DNR accepts some responsibility, he’s blunt in his assessment of the cause: “Drainage on private land has got us to where we are today. If the seasonal and temporary wetlands were still here, we wouldn’t be having this conversation. They are just gone, and no one blinked an eye.”

Officials also say a shift in migratory patterns has resulted in fewer ducks migrating through the state.

Still, Simon and others aren’t convinced a lack of ducks alone is driving the downward spiral of duck hunters. Canada, the mecca for ducks, has seen a huge drop in resident hunters. South Dakota, where ducks also have been plentiful, has seen the same. In a survey of hunters there, only 10 percent cited a lack of ducks for their decision. Time constraints were a major reason.

The number of Canada goose hunters (56,000 last year) has fallen, too, despite solid goose numbers.

But others say if hunters don’t see ducks, they’ll switch to something else. Pheasant, turkey and archery deer hunter numbers have increased in recent years.

“The biggest driver in loss of waterfowlers in Minnesota is access and availability of game,” said Tori McCormick, communications director for Delta Waterfowl and a former Minnesotan.

Availability of ducks is particularly important in recruiting young hunters, he said.

“You need to have a good experience to keep you coming back,” McCormick said.

Minnesota is blessed with lots of public hunting lands, yet finding a place to duck hunt can be difficult, with intense competition.

And because more hunters live in urban areas, they have to drive farther to find a place to hunt.

“When I grew up in Shakopee I could go out my back door to hunt,” McCormick said. “Not anymore.”

In the 21st century, time is a much more valuable commodity than it was.

“People’s lives seem to be so much busier these days,” said Brad Nylin, executive director of the Minnesota Waterfowl Association.

We also might be seeing yet another tremor from the societal earthquake caused by aging Baby Boomers.

“Thirty years ago, the average age of a duck hunter in Minnesota and nationally was the mid-20s,” Cordts said. “Now it’s the mid-40s.”

Another argument: Duck hunting is more difficult and expensive than hunting upland species. Duck hunters need decoys, waders, calls, camouflage clothing and, often, a boat and dog. They have to get up in the dark, and the best hunting often occurs in the foulest, coldest weather.

Said Cordts: “You can shoot ruffed grouse on bankers’ hours.”

But duck hunting has always been difficult; it doesn’t explain why hunter numbers are falling now.

Mornings in the marsh

Tom Landwehr has been hunting ducks since he was a kid. He is assistant state director of The Nature Conservancy in Minnesota and formerly worked for the DNR. He says lack of predictability also might be a factor.

“I know pheasants are there, and will be there all season long,” he said. “But duck hunting is iffy. It’s much less predictable. You have to watch the weather.”

Get out when a cold front has pushed birds into an area, and the hunting is fantastic. Arrive a day before or a day later, and it’s empty skies.

“The odds of driving from the Cities and hitting it right on are less than 50 percent,” Landwehr said. “But if you know where pheasants or grouse are, your odds are better.”

Still, despite the decline in duck hunters, Ducks Unlimited membership in Minnesota has remained stable at about 42,000.

“Hunters who have duck hunting in their blood aren’t going to give it up,” said Ryan Heiniger, DU director of conservation programs for Minnesota. “Mornings in the marsh mean too much.”